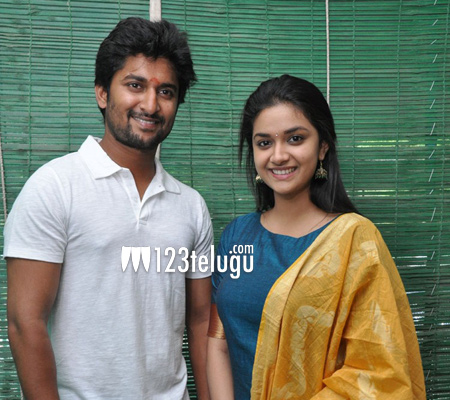 It is a known fact that Natural star Nani is currently shooting for his film Nenu Local in Hyderabad. Directed by Trinadh Rao Nakkina, this film has been in the news for a long time now.

Unit sources reveal that the film is turning out quite well and Nani is all set to impress the audience in a complete mass role for the very first time. The happening Keerthi Suresh has been paired opposite Nani for the first time in the film.

Dil Raju produces this project which has music by Devi Sri Prasad.