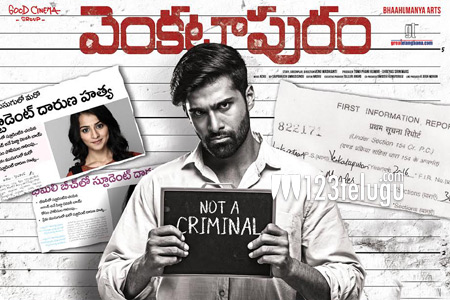 Happy Days fame, Rahul is back with an interesting project called Venkatapuram. The trailer of this film created a good buzz for the film as the social media had some good things to say about this thriller.

As the film is drawing near to its release date, the promotions are on in full swing and sources suggest that the film has turned out quite well. Rahul is seen in an author backed role in this film which will put him back on track.

Touted to be a murder mystery, Rahul plays a suspect in this film. Venkatapuram is produced by Phani Kumar and Shreyas Srinivas and will hit the screens on the 12th of this month.