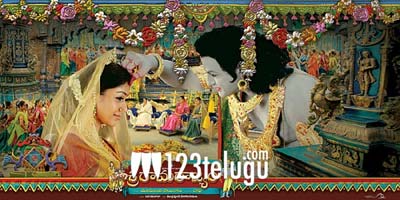 Guests who have been to the special premiere show of Sri Rama Rajyam, which was held at Prasad Labs today evening, have been saying good things about the movie. The most commonly heard compliments have been regarding the songs,background music and the visual grandeur in the movie.

We have no way of currently validating these reports but going by the general consensus, the performance of Balakrishna as Lord Rama is reportedly top notch. Sources have said that Nayanatara did a wonderful job too.

There is a lot of interest over the film as Balakrishna is reprising the role immortalized by his legendary father,Nandamuri Taraka Rama Rao garu. Director Bapu needs no introduction and he has some legendary Telugu Films under his belt. As it is not a regular commercial film,the Box Office success of Sri Rama Rajyam will depend on how the general public receive this film. We will know that only tomorrow, after the regular moviegoers get a chance to watch the movie.

We will be providing live updates from the movie beginning at 10:30 am tomorrow (November 17th), so keep visiting 123telugu.com for authentic and regular updates about Sri Rama Rajyam.