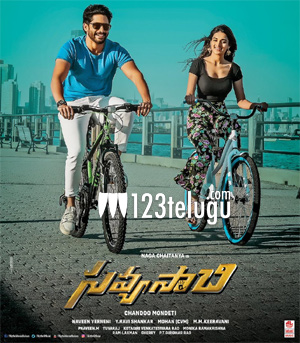 Savyasachi is one film which is creating a good vibe for itself from the past few days. Now, the film is ready for a release and the makers have released the first single called ‘Why Not’ from the album.

Keeravani has composed the music and after a long time, he has given a fresh and youthful number which has a good tune and energetic singing. The mood of the song is romantic and this gives a clue that the rest of the album will also be contemporary and upbeat.

Chay is playing the main lead in the film which has Niddhi Aggarwal as the female lead. Chandoo Mondeti directs this film which has been produced by Mythri Movie Makers.