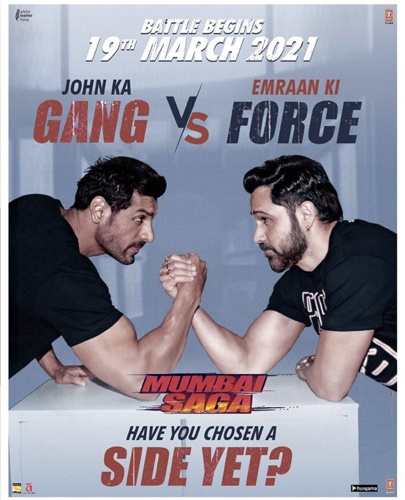 The Telugu film industry is the only industry in the country that is releasing back-to-back films post the lockdown. The manner in which films are attracting the audience to the theatres is there for us all to see.

Bollywood, which releases multiple films was lying low during the last few months. Films like ‘Roohi’ came out last week but did not manage to impress. The time has ow come for a big Hindi release in the form of Mumbai Saga.

This is the first big Hindi release in a long time and will be out tomorrow. Starring Kajal Aggarwal, John Abraham, and Emraan Hashmi, this film is directed by noted filmmaker Sanjay Gupta. Let’s see how the audience responds to this film.