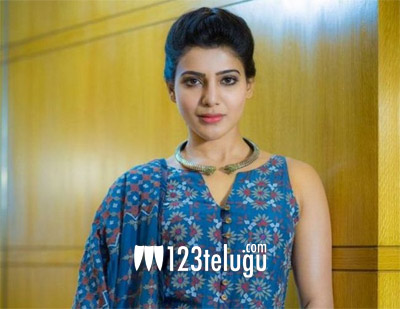 Yesterday, the makers of Samantha and Aadhi Pinisetty-starrer U-Turn wrapped up the film’s entire talkie part. A minor patchwork will be completed later this month. The film’s post-production is in full swing already. The film’s first look will be out soon.

U-Turn is an official remake of the acclaimed Kannada thriller, U-Turn, and it is being made as a Telugu and Tamil bilingual. Former heroine Bhumika and Rahul Ravindran will be essaying crucial roles in the movie. Samantha plays a journalist in the film.

U-Turn’s remakes are being directed by Pawan Kumar, who had helmed the Kannada original. Srinivas Chitturi is producing the remakes under Srinivasaa Silver Screen banner.