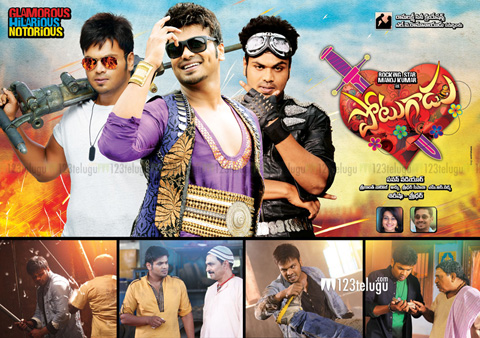 Manchu Manoj’s Potugadu has released yesterday and it was well received across all centres.The movie has brought in career best openings for Manoj. Potugadu collected a sum in excess of 2 Crores in Andhra Pradesh which is the biggest ever opening in Manoj’s career. It has also done well in Nizam area, which is unaffected by the political strife in the state.

If the same momentum can continue for a week this will be the biggest grosser in Manoj’s career. ‘Potugadu’ has been directed by Pawan Wadeyar and Lagadapati Sreedhar is the producer. The movie has four heroines and Achu has composed the music.