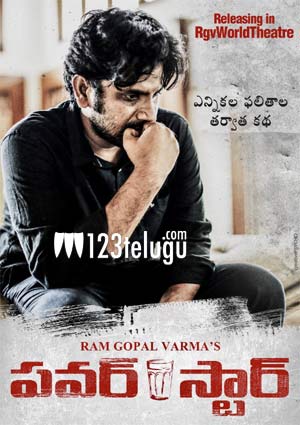 Controversial director Ram Gopal Varma a couple of weeks back announced his new film, Power Star. Later, he started unveiling a series of working stills and posters of the movie that are creating ripples in the film industry.

Meanwhile, the latest news is that the film has wrapped up its entire shooting part and is gearing up for a premiere on RGV’s own OTT platform named RGVWorld.

Reports suggest that the film will release in the month of August. Power Star is a sly target against the personal and political life of Pawan Kalyan.