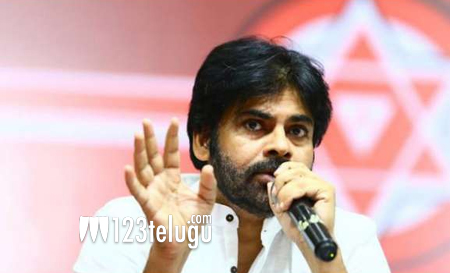 Janasena party Chief and Powerstar Pawan Kalyan has announced that he is going to adopt Konidela village in Kurnool district and personally look after the development programs in the village in near future. He made the announcement in front of hundreds of people from the village when he went there to campaign for the upcoming elections in Andhra Pradesh.

Soon after he landed in Konidela, Pawan Kalyan got a rousing reception from the local people, and when he began addressing the crowd, an elderly woman spoke to him about the problems that they were facing. Moved by her earnest plea to help the village, Pawan Kalyan announced that he would adopt the village, much to everyone’s delight.

In the past, actors like Mahesh Babu, Ram Charan and Prakash Raj too adopted villages in both Telangana and Andhra Pradesh, and now Pawan Kalyan has joined this list. Incidentally, it is a coincidence that a member from the Konidela family has adopted a village named Konidela.