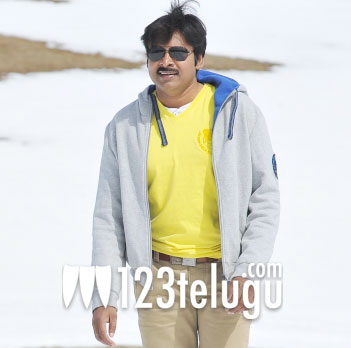 Powerstar Pawan Kalyan is a perfectionist to the core and not many people know how much care he takes about his projects. He’s currently shooting for Trivikram Srinivas’ upcoming film tentatively titled as Saradha. The film is being shot at a resort in the outskirts of Hyderabad and a special set was erected for one of the scenes. A production source informed us that when Pawan Kalyan saw the set, he felt that it wasn’t apt and bright enough for the scene they were about to shoot. He suggested the team to rework on the set to ensure that it looks rich and grand onscreen.

It’s the second time that Pawan Kalyan and Trivikram Srinivas are teaming up and the duo are taking a lot of care to make this film a huge success. Samantha is the lead actress and Pranitha Subhash is the other heroine in the film. Boman Irani and Nadhiya are playing crucial roles. Devi Sri Prasad is scoring the music and BVSN Prasad is producing it.