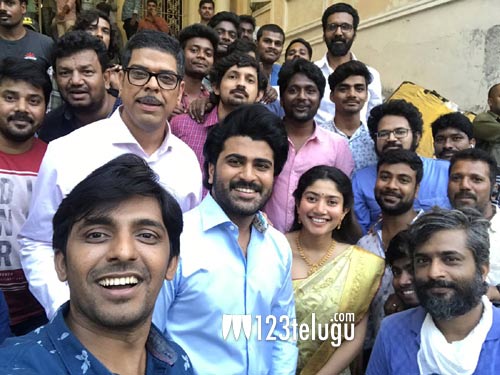 A few days ago, we had reported that Sai Pallavi and Sarwanand’s upcoming romantic drama, Padi Padi Leche Manasu, is nearing completion. Directed by Hanu Raghavapudi, the film was extensively shot in Kolkata and Nepal, apart from Hyderabad.

Now, the latest update is that the film has wrapped up its entire shoot today. On the other hand, the makers are planning to kick-start the promotions by unveiling the film’s audio album in this month itself.

Prasad Chukkapalli and Sudhakar Cherukuri are bankrolling Padi Padi Leche Manasu. The film is slated for release on December 21.