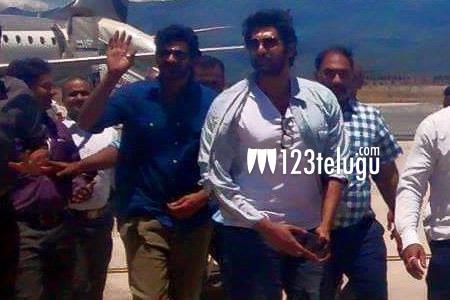 As we have reported earlier that the entire star cast of Baahubali will be brought to the audio launch in a special chartered flight, latest update is that both Rana and Prabhas have already landed in Tirupathi a short while ago and reached their hotel.

Massive preparations are already on and huge number of Prabhas fans are expected to be present at the event. M M Keeravni scores music for this film which is directed by the genius S S Rajamouli. Keep watching this space for more interesting updates on this mega event.