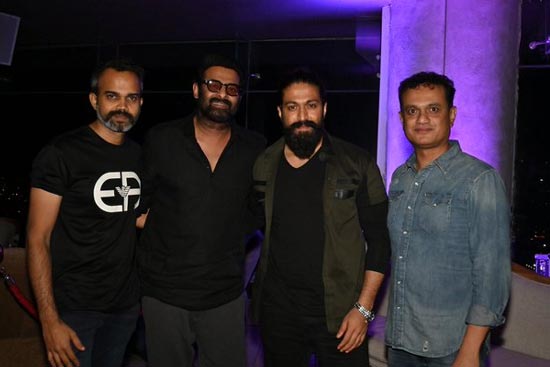 Post the release of KGF, director Prashanth Neel is a big name in the industry. He is one of the most sought-after directors in the country as of now.

Prashanth celebrates his birthday today and rebel star Prabhas went all the way from Hyderabad to Bangalore to celebrate the director’s birthday.

Prabhas is working with Neel for a film called Salaar. Seen here in the picture is Kannada superstar Yash along with Prabhas and KGF producer during their birthday celebrations of Neel.