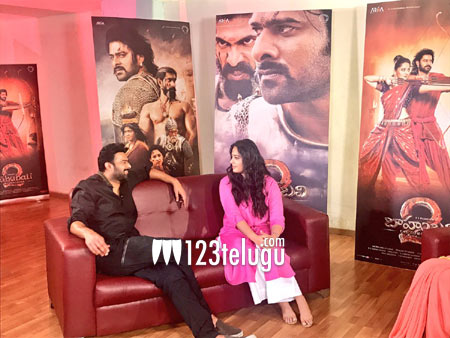 After going through a lot of interviews in Mumbai yesterday, Prabhas has finally landed in Hyderabad and has quickly joined the Telugu promotions. He along with Anushka have started giving out interviews to TV channels.

With less than three weeks to go before the release, the makers are in front foot and are promoting their film aggressively. Several promotions in Tamil Nadu and Kerala have also been planned for this film where the unit will be attending these events.

Baahubali 2 is releasing in close to 1100 screens just in the US and this shows what kind of craze the film has.