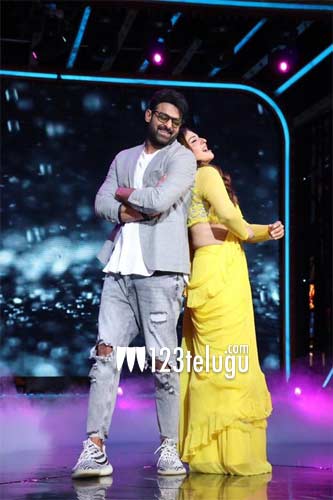 The show has former Bollywood actress Raveena Tandon and noted choreographer Ahmed Khan as the judges. On the show, Prabhas danced with Raveena to the actress’ super hit ‘Tip Tip Barsa Paani’ and Salman Khan’s ‘Jumme Ki Raat Hai’. Althrough the show, Prabhas guess and sunlwith his chilled out nature

Saaho is gearing up for a humongous release on August 30. This Sujeeth directorial has been produced under UV Creations banner.