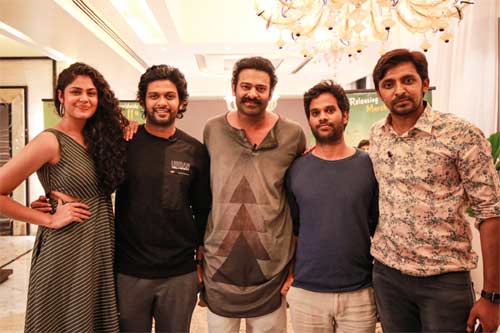 Prabhas is a big name in the country now. Post-Baahubali, he has taken things to another level and has also lived up to the hype created. Whatever he does becomes big news these days.

A few days back, Prabhas launched the trailer of Jathi Rathnalu and within no time, the trailer went viral. The makers are promoting the film in a big way and thanks to Prabhas’ name, the film has got a huge hype.

The manner in which Prabhas launched the trailer was also done in an interesting way. So, Jathi Rathnalu being a small film has now become this big release and most part of the credit should go to Prabhas.