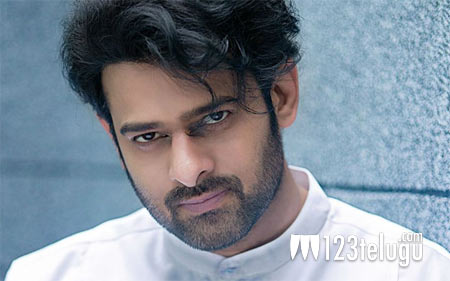 It is already reported that the makers of Rebel Star Prabhas’s forthcoming adventurous action thriller, Saaho, are planning for a special surprise on the occasion of his birthday. Meanwhile, the latest update is that they are unveiling a brand new poster of the film at 4 PM today.

On the other hand, there is a possibility of releasing a making video tomorrow at 11 AM. However, an official confirmation regarding the making video is yet to be made by the film’s unit. Bollywood actress Shraddha Kapoor is the leading lady in Saaho, while Neil Nitin Mukesh is essaying the chief antagonist’s role.

Sujeeth is directing this high-budget entertainer. UV Creations banner is bankrolling it.