Today, July 10th marks the two years completion of Rajamouli’s Baahubali. The historical drama was one film which broke every possible record and put Tollywood on the national map.

Star hero Prabhas was one of the key elements of this film and he took to his Facebook and posted a nostalgic message and thanked Rajamouli for making him a part of the team.

Today, Baahubali 2 is still playing in some theaters all over the country and is India’s biggest hit to date. On the other hand, Prabhas will soon join the sets of his new film Saaho by July end. 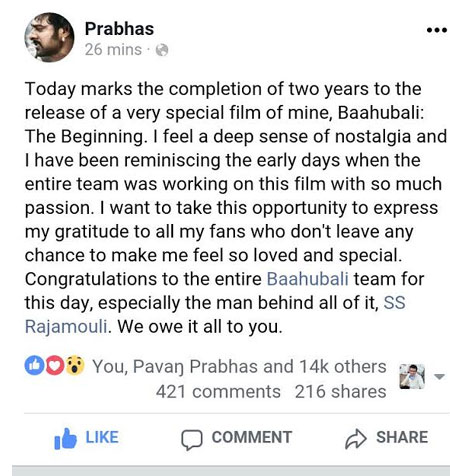