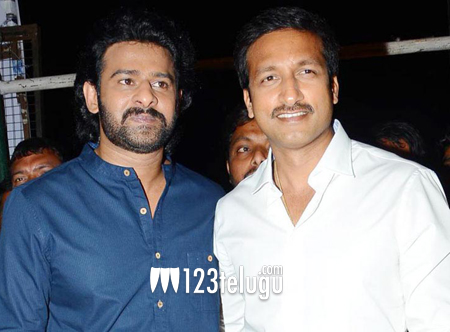 We all know the close relation both Prabhas and UV Creations share. The reputed production house is back with yet another flick Jil which is set for a massive release tomorrow.

Preparations are in full swing for the release, and Prabhas who has already seen the film is highly impressed with the product. Reports reveal that Prabhas specially liked the way all the songs were shot in a stylish manner.

Raashi Khanna, who is the female lead will be seen in a glamorous role alongside Gopichand. Ghibran scores music for this film which is directed by debutante Radha Krishna.