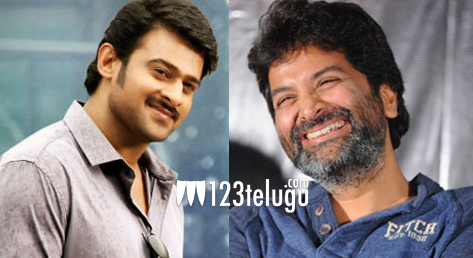 There is a strong rumor in film circles that Trivikram might direct Prabhas soon. Per sources, the story discussions are going on and Vamsi and Pramod, who have earlier produced Mirchi and Run Raja Run, might produce this film. However nothing has been confirmed yet.

Prabhas is currently busy with Bahubali, while Trivikram is busy with Bunny’s movie. Once both these projects are completed, we might get more clarity on this news.