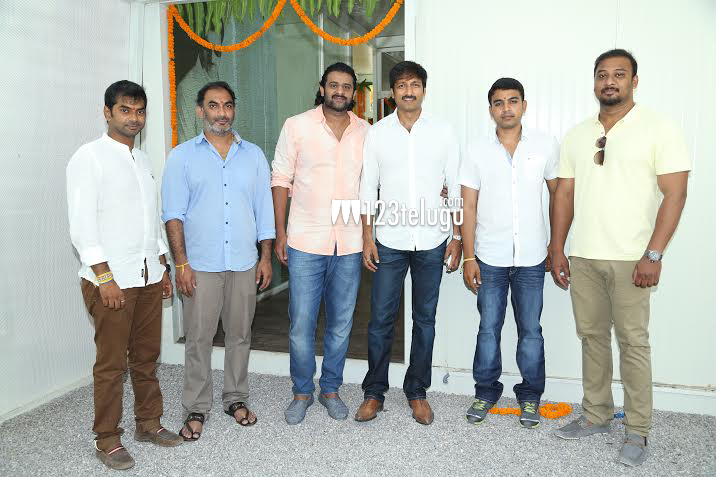 UV creations which made the super hit film Mirchi with Prabhas, launched their yet another new film with Gopi Chand earlier today.

The movie kickstarted with basic pooja formalities at UV creations office and young rebel star Prabhas switched on the camera.

Other celebs like Dil Raju and Chandrasekhar Yelati also graced the occasion. More details regarding the star cast and other technicians will soon be revealed.