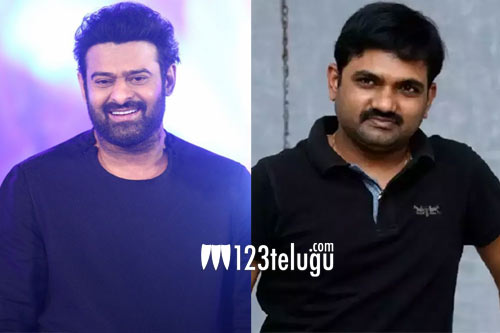 We have already reported that the pan-Indian actor Prabhas to be directed by the young filmmaker Maruthi. Today, the movie has made the headlines again.

The movie has been launched with a formal pooja this morning. Limited people associated with the movie have graced the launch event and Prabhas missed it as he is not in the city.

Billed to be an entertainer, actress Malavika Mohanan is likely to pair with Prabhas in this flick. People Media Factory to produce this biggie on a massive scale. More details about the flick will be revealed in the coming days.