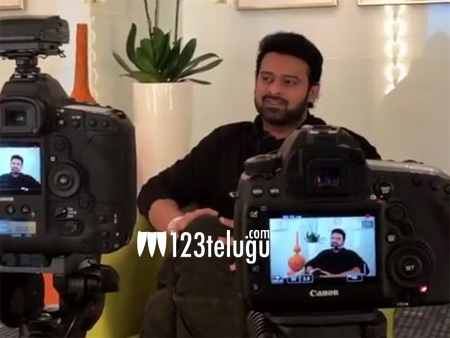 It is a known fact that Prabhas has been shooting in Dubai for the last few days for his latest film Saaho. Today, he interacted with the local media and opened up about the film in detail.

Speaking about his look, Prabhas said that he did not want to sport a warrior look all the time and that is the reason he changed his diet and exercise routine for Saaho.

The star hero also added that he will be seen in a lean look in this film which will have some never before seen action sequences in Indian cinema.

Saaho is directed by Sujeeth and is produced by UV Creations. Shraddha Kapoor is the female lead.