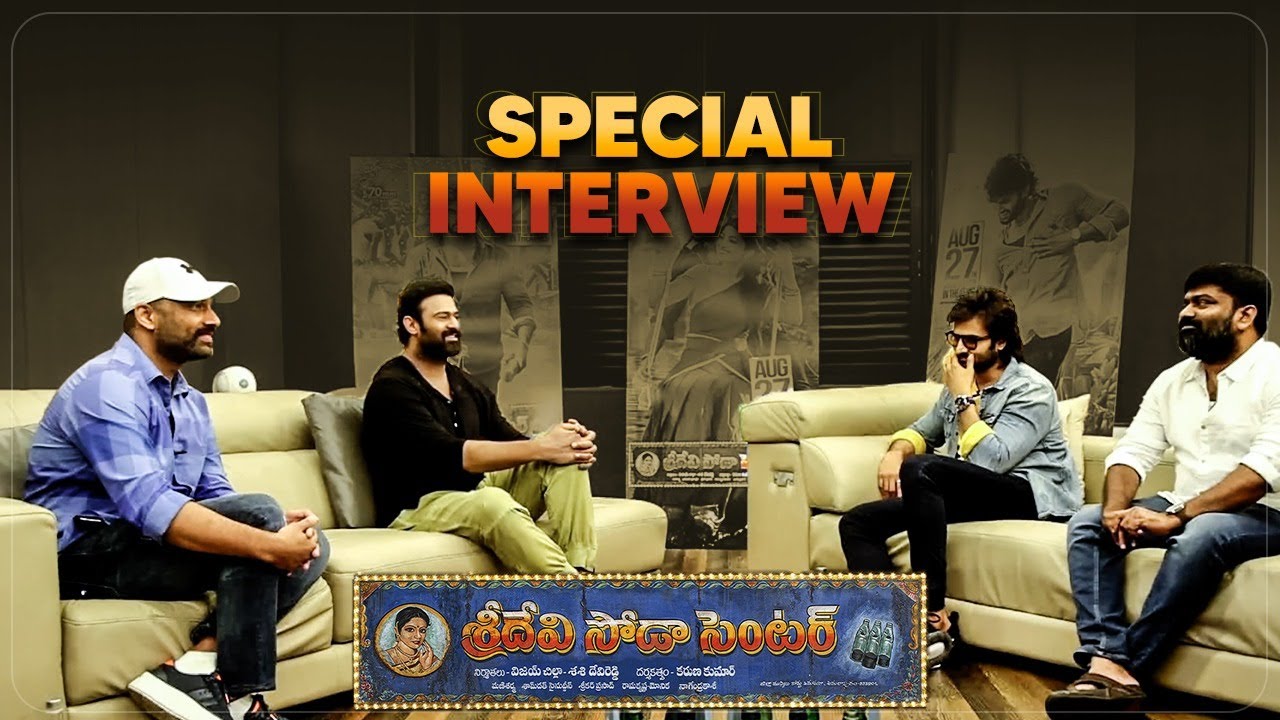 Star hero Prabhas has chipped in to promote Sudheer Babu and Anandhi’s much-awaited rural action drama, Sridevi Soda Center, which is gearing up for a big release tomorrow (Aug 27). Prabhas took to Facebook this afternoon and released a special video in which he interacted with Sudheer Babu, director Karuna Kumar and his good friend and producer Vijay Chilla.

“The promos of Sridevi Soda Center are very impressive. Wishing the team all the very best for the grand release tomorrow. Do watch it on the big screen,” Prabhas posted while sharing the video. Even in the chitchat, Prabhas told the team that he quite liked the teaser and the promo stills.

Prabhas was all praise for Sudheer Babu’s striking makeover, Anandhi’s performance, Karuna Kumar’s realistic making and the producers’ no-compromise attitude in shooting the film during the pandemic. The Radhe Shyam star also had some nice things to say about the film’s supporting actors and technicians’ brilliant efforts.

Prabhas, who has already watched a special preview of Sridevi Soda Center, has said that the last 40 minutes of the film were very gripping and that the makers have loaded the film with new emotions. Lastly, he hoped that the film will turn out to be a big success, which is much-needed for the industry’s revival.