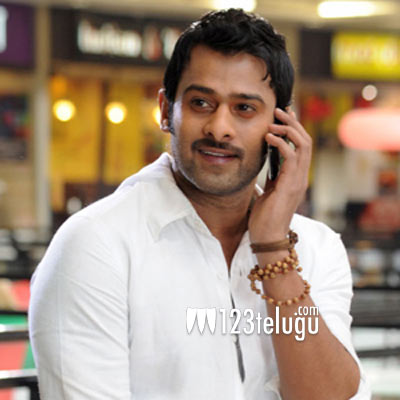 Tollywood hunk Prabhas has reached a milestone in his acting career in Telugu film industry. He has completed 10 years in the industry. Prabhas’ debut film Eeshwar released on 11-11-2002 and it was Varsham which catapulted him to fame. Later films like Chatrapathi, Chakram, Billa, Munna and Bujjigadu which made him a star to reckon with. In the past few years, his films like Darling and Mr Perfect marked a new era in Prabhas’ career and the family audience lapped up both the films. Known for his easy going and calm nature, Prabhas is one of the biggest stars in the industry today. Despite staying away from the limelight, his fans await with bated breath for him to speak out everytime he makes a public appearance. He’ll soon be seen in Koratala Siva’s Mirchi which also has Anushka and Richa in lead roles. After this film, he’ll begin shooting for S S Rajamouli’s upcoming film which is expected to be a high voltage mass entertainer.