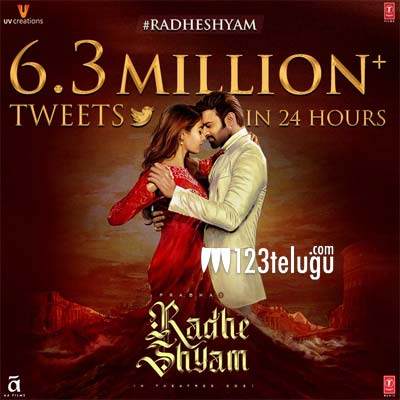 Fans of Prabhas were very upset that there is nothing much coming out from the makers of Prabhas’s 20th project. UV Creations finally announced the title as Radhe Shyam and also revealed the first look poster.

The poster went so viral that it was even trending on worldwide trends yesterday for a while. Also, the hashtag #RadheShyam trend so well that a solid 6.3 million tweets were made in just a day which is the highest for a Telugu movie.

This shows what kind of a craze Prabhas has all over the country. Nothing much was said about the film and many were angry on the star hero. But the moment he released one poster, he became talking point all over.