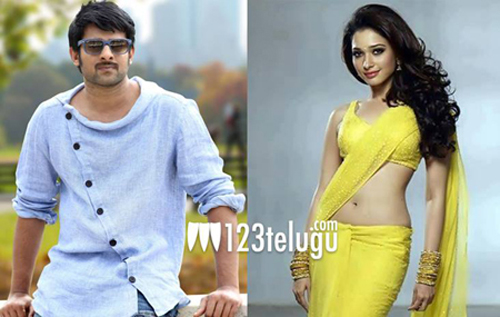 As we have earlier reported that milky beauty Tamannah, has joined the Bahubali team some time back. Tamannah has been continuously shooting for the film.

According to the latest news, a romantic song is currently being shot on Tamannah and Prabhas in Ramoji film city. Shankar Master is in charge of choreography in this film which also has Anushka in yet another leading role.