Prabhas shows his heart of old- Buys an expensive gift for his trainer
Published on Sep 5, 2020 8:37 pm IST 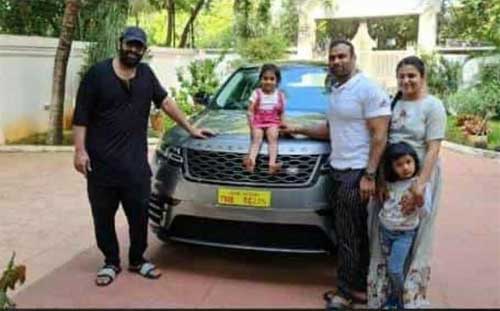 Prabhas is a superstar in his own way and has a solid fan following. He has a great body and is always in shape in all his films. The man behind this is Laxman, the ex Mr. World who takes care of Prabhas.

He has been with the star with the last eight years or so and Prabhas is very close to Laxman. Impressed with his sincere attitude and dedication towards his work, Prabhas recently bought Laxman a brand new Range Rover.

Laxman was very hppy with this gesture and is shown taking a picture with Prabhas is also seen is Laxman’s family. Laxman is a star bodybuilding champion who has been with Prabhas in his journey and has gone through thick and thin.