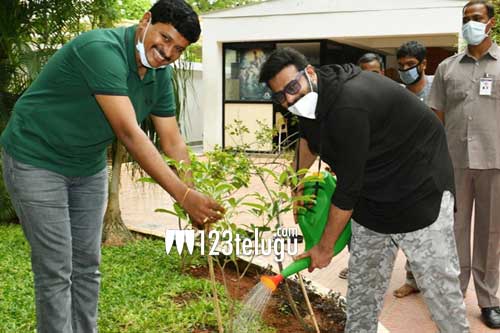 Yesterday, hero Prabhas made a public appearance after a long time. The Rebel Star participated in the #GreenIndiaChallenge, a plantation initiative by Telangana MP Santosh Kumar, and planted saplings at his residence.

Later in the evening, MP Santosh took to Twitter and said that Prabhas appreciated his initiative of adopting Keesara Forest and expressed his willingness to adopt any forest in the state. The MP went on to say that Prabhas is very eager to start his adoption plans to take the Green India Challenge to the next level.