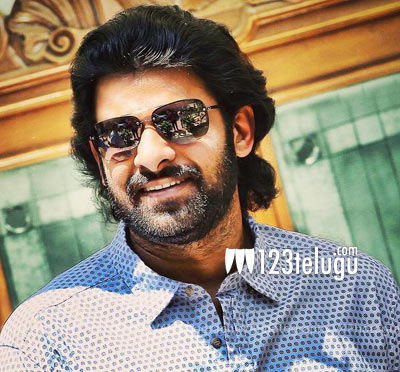 Following the historic success of Baahubali The Conclusion, Rebel Star Prabhas is now a huge national celebrity. Prabhas has cultivated​a huge fan base across the country.

To cash in on this new found craze for Prabhas, the makers of his ongoing movie, Saaho, have decided to shoot it simultaneously in Telugu, Tamil and Hindi, while the movie will be dubbed in Malayalam. Not stopping here, the makers are also on a lookout for a Bollywood actress to romance the macho hunk.

The latest reports reveal that Prabhas will be taking special Hindi classes to improve his language and diction to impress his North Indian fans with Saaho. This multi-crore action adventurous film is being directed by Sujeeth and produced by UV Creations banner.