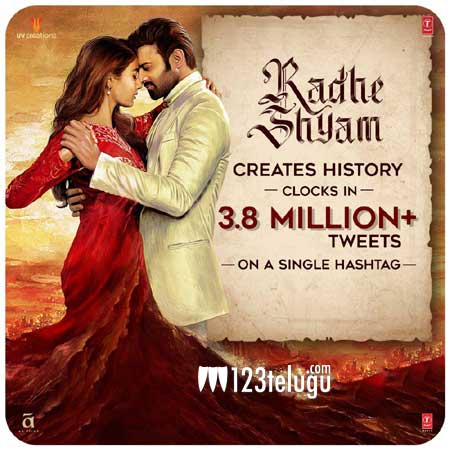 Amid unprecedented anticipation and excitement among fans, hero Prabhas unveiled the title poster of his 20th film, Radhe Shyam, this morning. Since then, fans have been storming social media with the hashtag #RadheShyam.

The craze is such that #RadheShyam hashtag has been trended over 3.8 million times on Twitter, which is a never before record on a single hashtag. The hype surrounding the film will only shoot up until the film hits theaters next year.