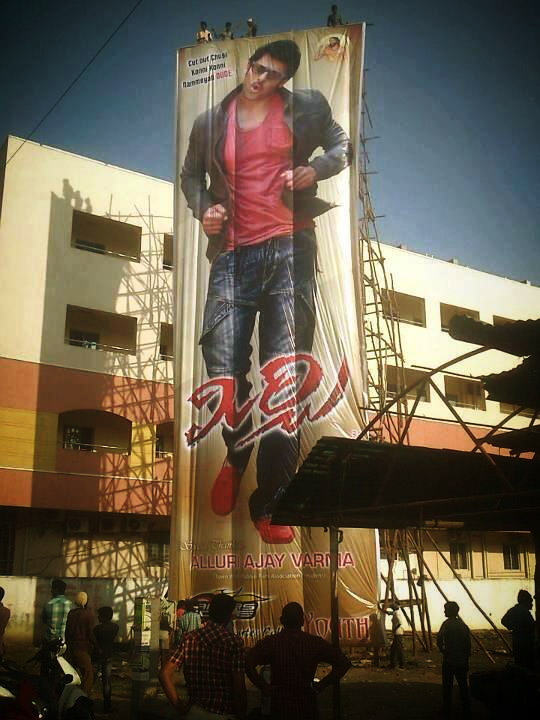 Young Rebel Star Prabhas has a strong fan base in the state of Andhra Pradesh but the fan following reaches almost fanatical levels in the Godavari districts. The town of Bhimavaram is the epicentre of Prabhas’s stardom and all of his releases are celebrated grandly there.

For ‘Mirchi’, which is releasing tomorrow, fans have come up with a special 70 feet cut-out of Prabhas. There is a dialogue in Mirchi which has already become quite popular – “Cut-out chusi konni konni nammeyaali dude”. This photo seems to amply support that statement.

Anushka and Richa Gangopadhyay will be seen as the heroines in this movie and Koratala Shiva is the director. Devi Sri Prasad scored the film’s music.