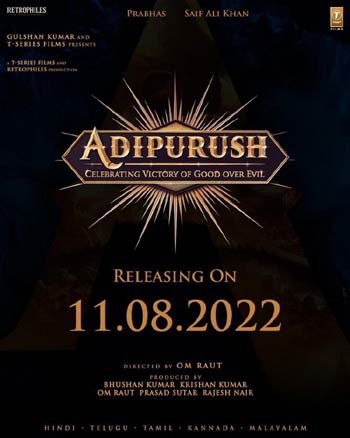 Prabhas’s mythological epic Adipurush is nearing the completion of shoot. The unit is currently filming the climax portion at a specially assembled set in Mumbai.

Now, the makers of Adipurush have affirmed that the film will indeed be sticking to its release plan. They have confirmed that the Prabhas starrer will be releasing in theaters on 11th of August.

Adipurush will now be clashing with Akshay Kumar’s Raksha Bandhan which is also gearing up for Independence day weekend release.