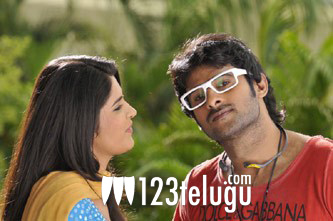 Young Rebel Star Prabhas’s action entertainer ‘Rebel’ will be having its audio launch next month and the ceremony will be held in Hyderabad. The movie is currently being shot near Pondicherry, where action sequences are being canned on Prabhas and the other crew. With this schedule, shooting will come to an end and post production works remain. ‘Rebel’ is being directed by Lawrence and he is targeting an August release for the movie.

Tamanna and Deeksha Seth are the heroines in this film and Lawrence himself is scoring the music. Bhagawan and Pulla Rao have jointly produced this movie, which has been made with a big budget. Prabhas will reportedly be seen in an all new avatar in this movie.