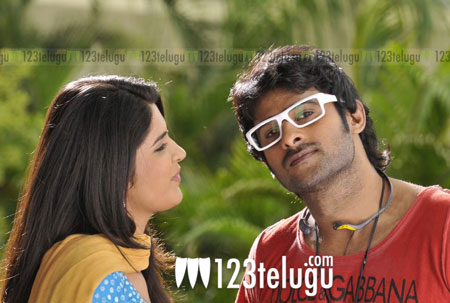 Young Rebel Star Prabhas’s action entertainer ‘Rebel’ is nearing completion and the movie’s shooting is over except for one song. This song will be shot soon and the makers are aiming at an August release for the movie. Currently, an action sequence is being canned in Pondicherry and this is expected to be wrapped up in a few days. Prabhas will be seen with hot beauties Tamanna and Deeksha Seth in this film and Lawrence is the director.

This expensive project is being produced by J. Bhagawan and J. Pulla Rao jointly. Music is being composed by Lawrence himself after Thaman dropped out of the project. ‘Rebel’ has been under production for a long time now and Lawrence says that the film will be a stylish, high voltage entertainer.