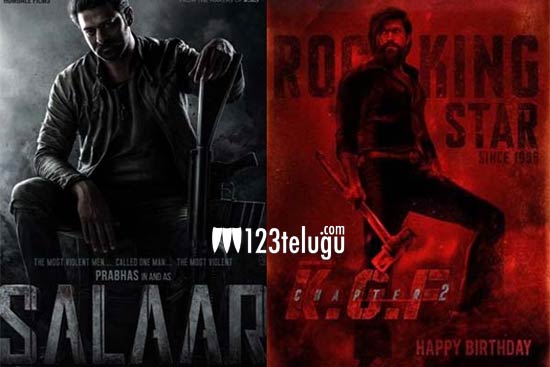 Salaar marks the coming together of pan-India superstar Prabhas and Prashanth Neel of KGF fame. The unit recently wrapped up the second schedule and the subsequent schedule will commence later next month.

As per reports, Salaar will be twice as big as the blockbuster KGF. The action sequences in Salaar are set on larger-than-life scale and they will offer a visual extravaganza to the viewers. The film’s grandeur will appear leave the audience in awe.

If KGF stands as an epitome of action-packed films, Salaar will be an even bigger actioner with high-octane fight sequences and emotionally engaging story.

Also, Hombale Films have allotted a massive budget for Salaar. It is one of the costliest projects that are currently in the making. The film will be out in theaters on 14th April next year.