Prabhas’s special consideration for women
Published on Jan 3, 2013 8:44 am IST 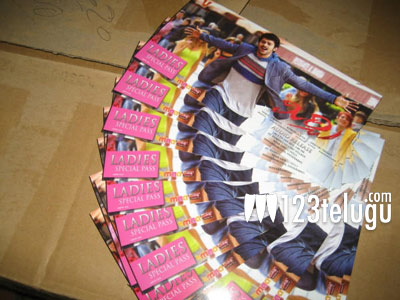 Young Rebel Star Prabhas is known to be a good human being and he has now proved that yet again with a special gesture for women. The audio function of ‘Mirchi’ is scheduled for January 5th and heavy crowds are expected for the event. The production team decided to get issue special Ladies Special Passes to prevent any inconvenience for women who turn up for the event. Prabhas has legions of female fans and this move is being appreciated by all.

Mirchi is being produced by Pramod Uppalapati and Vamsi Krishna Reddy. The movie is gearing up for a February launch.