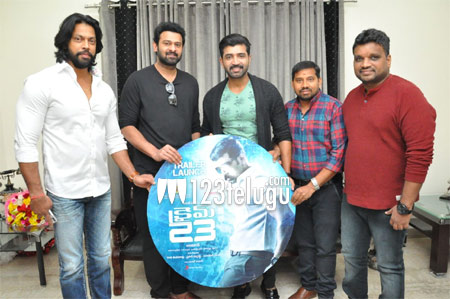 Nowadays, whatever Prabhas does becomes a news. Now, his small gesture for a Tamil hero has helped his film in a big way. Going into details, Prabhas launched the theatrical trailer of the Telugu version of the hit Tamil film Kuttram 23.

Titled Crime 23 in Telugu, this film has Arun Vijay as the main lead. Prabhas along with the key members of the film launched the trailer at his residence and wished the team the best of luck.

Arun Vijay made his debut in Telugu by playing the main villain in Ram Charan’s Bruce Lee. He will be seen as a fiery cop in this film which is written and directed by Arivazhagan.