Prabhu Deva to compose a dance number for Manchu Vishnu’s next
Published on May 4, 2022 4:38 pm IST 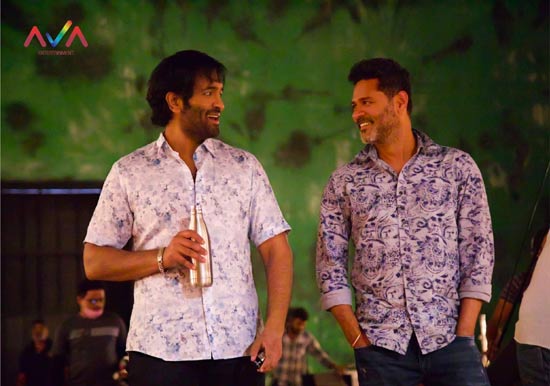 Everyone is aware that Manchu Vishnu is currently busy shooting for his next, an untitled flick, under the direction of Ishan Surya. Payal Rajput and Sunny Leone are the female leads in this movie.

The latest news is that the makers of the film have roped in the dynamic choreographer, Indian Michael Jackson Prabhu Deva, to choreograph a song. The special song is currently being shot on Vishnu and Payal Rajput in Ramoji Film City. After a long time, Prabhu Deva returned TFI with this film.

Produced by AVA Entertainment, the movie has the music scored by Anup Rubens. More details of the movie will be announced in the coming days.