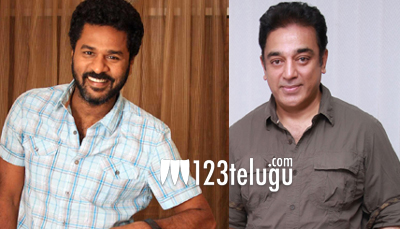 If the latest reports from the Tamil film circles are to be believed, choreographer turned director Prabhu Deva may direct Kamal Haasan’s next film. Leading film production house Vasan Visual Ventures is said to be in discussions with both the stars. The film will go on floors as soon as Kamal approves the script.

In the past, Prabhu Deva expressed his desire to direct Kamal Haasan. Kamal and Prabhu Deva even acted together in the comedy film ‘Navvandi Lavvandi’ in Singeetham Srinivasa Rao’s direction. Vasan Visual Ventures earlier produced ‘Nenu Devunni’ and ‘Nene Ambani’, both starring Arya.