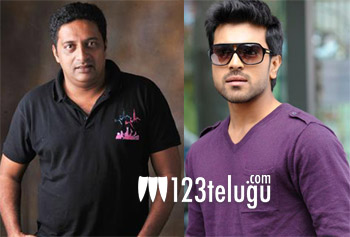 Actor Prakash Raj was on the verge of being banned a few weeks ago. But things have been normalized and he is back in action again. The character actor is going to be seen in a crucial role in the film ‘Govindudu Andhari Vadele’.

The movie is currently not proceeding with the shoot due to the illness of Ram Charan. The film’s shoot will resume soon and it is expected to proceed in Hyderabad. The movie is being directed by Krishna Vamsi and Bandla Ganesh is the producer.

GAV has Kajal Aggarwal as the heroine and Srikanth is playing a crucial role in the movie.