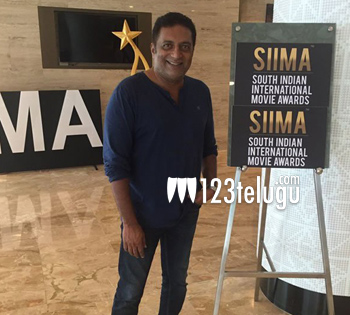 Awards are nothing new for Prakash Raj as he has won many in the past. But from the past few years, he has done less films and this has automatically resulted in some very few stand out performances.

But now, Prakash has won an SIIMA Award for the best supporting actor for his mature performance in Mani Ratnam’s OK Kanmani. The star studded SIIMA Awards are currently on in Singapore and a whole lot of film stars have gathered to witness this mega event.

Meanwhile, Prakash Raj is buy finishing touches to his upcoming film which is currently in pre-production mode.