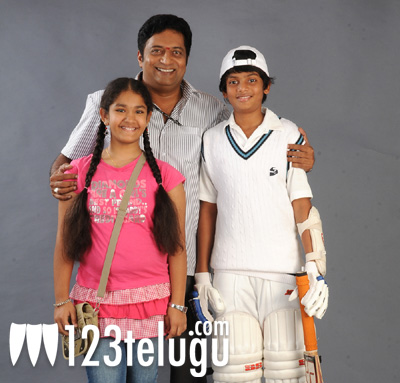 Prakash Raj’s upcoming film ‘Dhoni’ is gearing up for a release next month. Puri Jagan’s son ‘Akash’ is playing the role of Prakash Raj’s son in this movie. The film takes on the flaws in the present education system and chronicles the difficulties being faced by kids and parents alike in the pressure cooker environment.

The makers have revealed the story and it is quite fascinating. Prakash Raj is a middle class father who works overtime to save money ,so that his son can study for an MBA. But Prakash Raj’s son is not interested in academics. His real passion is cricket and he has no aspirations on the academic front.What follows is a classic father and son struggle. Will the father recognize the son’s potential and encourage him? Or will the son recognize the father’s dream and sacrifice his passion for it?

Music Maestro Ilayaraja has composed the music and K.V. Guhan has worked as the cinematographer.