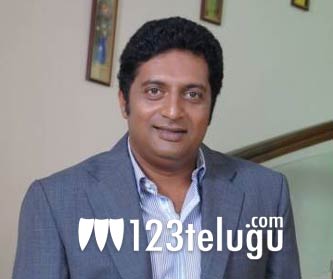 Prakash Raj is one of the most versatile and talented actors in the present day film circuit. He slips into any character with ease and more often than not, his performance becomes a major asset for the film. Now he is all set to deliver a stunning performance in Nara Rohit’s upcoming romantic action entertainer ‘Solo – A Solid Love story’.

Sources say that Prakash Raj’s powerful performance as the head of a family has come out very well. ‘Solo’ has a gripping family drama to complement the love track and Prakash Raj’s character is extremely crucial in the movie. Nara Rohit is going to romance Nisha Aggarwal in Solo.

Music has been scored by Manisharma and the audio has become an instant hit. Solo has been directed by Parasuram and the movie is being produced on SVK Cinema banner. The film is all set to release in a grand way on November 25th.