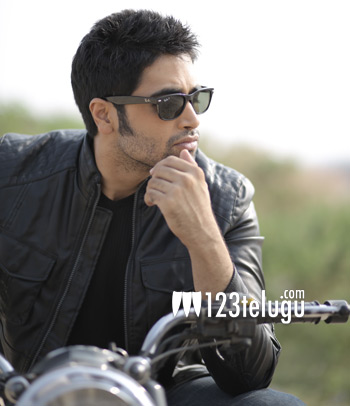 Adavi Sesh, the tall, good looking actor needs one right role to make him a hot property, Run Raja Run could well be the film. He agrees that if you are not coming from a film background the pressure is more when the film releases each Friday. He plays a police officer in the film. Ask him about his colleagues, he heaps praise on his producers and director and says it has been a wonderful experience working in the movie.

“Vamsi, Pramod were absolutely sweet, we were all looked after very well. We shot in real locations like Dhoolpet and when you are dealing with crowd and there is so much commotion, they treated us so well. Ask Anushka, Sharwa or Prabhas they will say the same thing about them. Run Raja Run is an action romance entertainer, in terms of ability to display performance from me..I put it right next to Panja. It is completely a new dimension for me, director Sujith chatted with me extensively and we chatted hours figuring things out, talking about the look, mannersims. I am very humbled to work with a person like Sujith. He had handled things in a very mature way.”