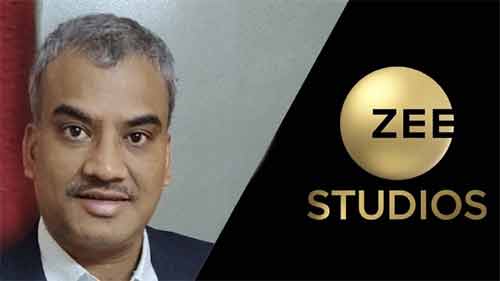 Zee5 Telugu Creative Head Prasad Nimmakayala has been promoted as the Head of Zee Studios Telugu. Prasad has been working with Zee5 Telugu for the last 2 years. In his successful stint, he has commissioned over 15 web shows, 2 original movies and 5 exclusive movies in Telugu.

Shows like Gods of Dharmapuri, Loser, Chadarangam, Amrutham season 2, Shootout at Aliar and the Hindi-Telugu bilingual series, Expiry Date have been commissioned by Prasad. He had earlier worked as an Executive Producer at Sunshine Entertainments, Suresh Productions and Annapurna Studios. Golconda High School, Uyyala Jampala and Ashta Chemma are the movies he worked as an EP.