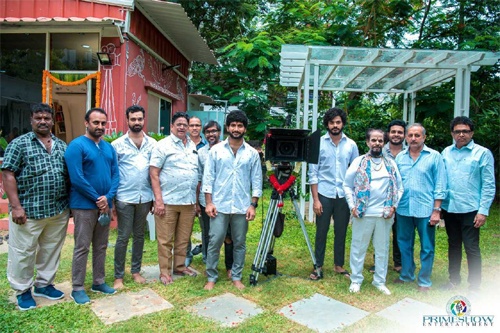 Teja Sajja and Prasanth Varma, the actor-director duo that scored a success with Zombie Reddy earlier this year, have joined hands with each for the second time in a row. The duo’s new film, Hanu-Man, has been launched with a formal puja ceremony this morning in Hyderabad. Gemini Kiran switched on the camera, while C Kalyan sounded the clapboard and Shiva shakti Datta did honorary direction for the first shot.

Hanu-Man is touted as Tollywood’s first superhero film. The film will be high on VFX on it will be made on a grand scale, featuring big stars and top technicians. Inspired by God Hanuman from the epic Ramayana, Hanu-Man will be packed with high voltage action sequences and hero elevations, typical of superhero flicks.

K Niranjan Reddy will produce Hanu-Man under his Primeshow Entertainment banner, while Smt Chaitanya presents it. More details will be out soon.