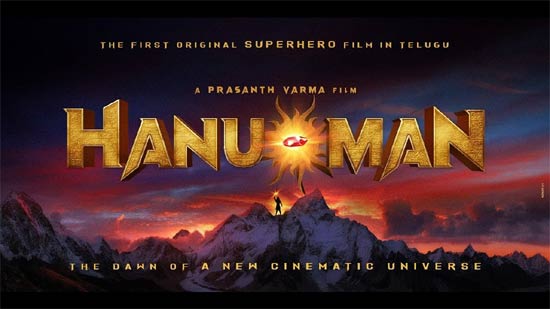 After Awe, Kalki and Zombie Reddy, director Prasanth Varma is all set to direct a superhero click, titled Hanu-Man. The official announcement regarding the project has been made this morning on the occasion of Prasanth’s birthday. Hanu-Man is going to be the first installment in the cinematic universe of superheroes. The makers are promoting their project as the first original Indian superhero film.

Inspired from the Indian mythology, Hanu-Man will be packed with action sequences and hero elevations. Hanuman is considered superhero figure for Indians. The film will be shot in exotic locations of Himalayas and offer a new, big and exciting experience to the audience. More details about the film’s cast and crew will be announced soon.