Prashanth Mandava is confident of Prathinidhi’s success
Published on Nov 24, 2013 10:00 am IST 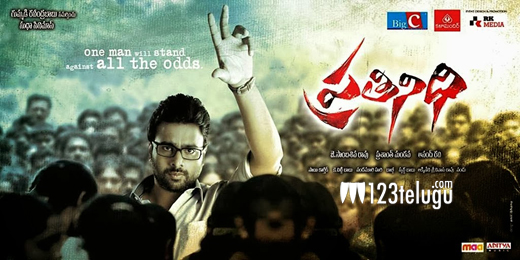 Nara Rohit starrer Prathinidhi, which is going to mark the debut of Prashanth Mandava as a director in Telugu, has already got people talking. The film’s trailer has been received quite well by the audience and the story itself comes as a big surprise. Prathinidhi narrates the story of a common man who kidnaps the Chief Minister for mere 84 paise and brings the entire administration on to its knees.

Prashanth Mandava had been working as an assistant and associate director for the past eight years in the industry prior to directing Prathinidhi. When he was asked why it took him so long to direct a film, he said, “You can learn how to make films by assisting someone for just two films, but most people stick on just to survive in the industry. People like RGV didn’t even assist anyone completely before making their first film. Having said that, Prathinidhi has a wonderful story and I’m confident of its success.”

Prathinidhi was reportedly shot in 29 working days and the director has credited his entire team for this feat. Anand Ravi has written the script and Shubra Aiyappa is paired up opposite Nara Rohit. J Sambasiva Rao is the producer and Sai Karthik has scored the music. The film will hit the screens soon.