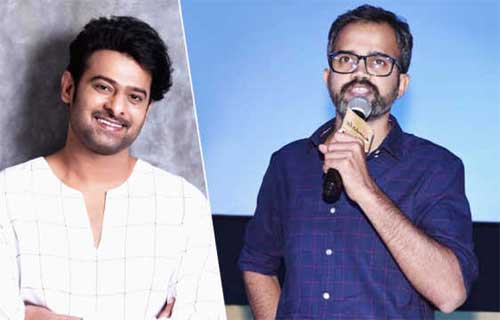 All eyes are on Sandalwood director Prashanth Neel. After the eagerly awaited KGF Chapter 2, he is gearing up to direct star hero Prabhas in the recently announced gangster drama, Salaar. In a latest interview with a popular English daily, Prashanth ended the confusion around the title by revealing that Salaar means ‘The right hand man to a king, the general’.

Prashanth went on to reveal why he chose Prabhas for the titular role. He said that he was drawn to Prabhas’ innocence. “Prabhas exudes more innocence compared to most other actors. To draw out this innocence and show it on screen will be fantastic,” he said.

Prashanth also said that Prabhas’ character in Salaar will be extremely violent. “The stronger the villain is, the stronger the heroism that can be shown onscreen. I try to create an environment where it offers both of these. In our given scenario, I will not be able to achieve villainy to that level, nor will I be able to elevate heroism to that point. This is why I try to make my world more violent,” Prashanth added.